The development of projects has the independent verification of Fundação Ezute, in Tocantins and in São Paulo 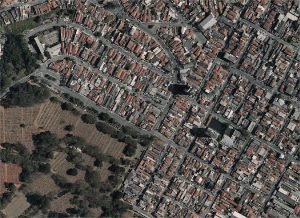 The State of Tocantins has just undergone a new digital mapping process to monitor the growth or decline of rural areas, as well as the deforestation, in its municipal districts, which will be part of the Rural Environmental Register (CAR) of the entire state. The work developed by the urban cartography company contracted by the state government had the supervision of Fundação Ezute, which supported the Department of Water Resources and Environment of the State of Tocantins (SEMARH-RI) as an independent verifier of the quality of the products of the project.

In this evaluation, Ezute uses the knowledge of its team for the cartography, remote sensing and geoprocessing procedures, in addition to the use of the technologies of the geographic information system, the processing and classification of images and standards, and the cartographic norms and legislation for the 287,000 thousand km² of the project, of which 277,000 km² is the state, over a continuous range beyond its limits.

The resulting geographical base composes the Rural Environmental Register, a strategic document for the control, monitoring and fight against deforestation in the State, as well as for the monitoring of other impacts on the native vegetation of the region and for the environmental planning and economic use, occupation and suitability of buildings.

These same skills are being applied in the project that is underway in São Paulo for the Digital Mapping of the Municipal District, which covers approximately 1,611 km². In the capital of São Paulo, the Foundation’s work consists of the analysis and evaluation of compliance and the quality of photogrammetric digital images and cartography products, by means of a methodological, organized and controlled process.

In São Paulo, the objective is to map the urban area and identify the advancement and development of municipal buildings as subsidies to update the real estate register, and also to identify and register the existing vegetation in the municipal district. “The cartographic base can be used for various purposes and our goal is to monitor the cartography survey so that the state or municipal district can identify with clarity the data it needs through this mapping”, explains Marcello Palha, director of the Civil segment of Fundação Ezute.

The methodological process of the Foundation for the evaluation of the quality of products of the mappings ranges from images that are captured by orbital sensors (satellite and radar) or acquired by means of digital photogrammetric cameras – fixed platforms – to the products of mapping at scales capable of presenting details with high precision.

Fundação Ezute operates as specialist and independent verifier, with the commitment to qualify the products of the mapping project and guarantee delivery in accordance with the specifications and requirements of the initial project, thus ensuring a healthy investment. “Either by the lack of specialized hardware and software, or even by the limited time of professionals for the checks and monitoring in the field, possible errors of a project such as this one are only perceived during use, which can lead to financial loss and loss of time”, reinforces Marcello.

In 2010, Ezute supported the management and evaluation of the quality of the cartographic base of the State of São Paulo, as well as the conception and development of a system for the sharing of cartographic information. In the state of Tocantins, Ezute has supported since 2015, the mapping of the state for use in the CAR, which creates the updated rural databases and the geographical base of Tocantins, shared between state agencies, universities, and citizens.